Patrick Hughes’ first solo show was in 1961 in Mayfair, London. A catalogue introduction was by the critic David Sylvester. He has since held one-person exhibitions in Los Angeles and San Francisco, Chicago, Boston and New York, and In Canada, France, Germany, Italy, Holland, Belgium and Switzerland – one hundred and fifty-four so far.

Patrick made his first reverspective relief painting in 1964 and has refined his system hugely over the last fifty years, a system which is widely imitated. These works are constructed of wooden pyramids in perspective but the wrong way around, with the furthest point of the space represented being closest to the viewer. The resulting illusion is extraordinary, the viewer relates to the painting as it seems to move seamlessly, giving an impression of being in the room or outside the architecture depicted.

The University of London granted Patrick Hughes the degree of Doctor of Science in 2014 for his contribution to the study of the psychology of the perception. Hughes has throughout his career studied and written about visual and verbal logic, his book Paradoxymoron, Foolish Wisdom in Words and Pictures offers a magisterial insight into his original way of thinking.

The Tate Gallery, the British Library, the British Academy, The Wurth Museum, The Museum of Fine Arts, Boston, The Detroit Institute of Art and many other institutions hold Hughes’ art. His resourceful and imaginative work, reflecting on the history of art and architecture is inspiring and revelatory about our world and how we relate to it. 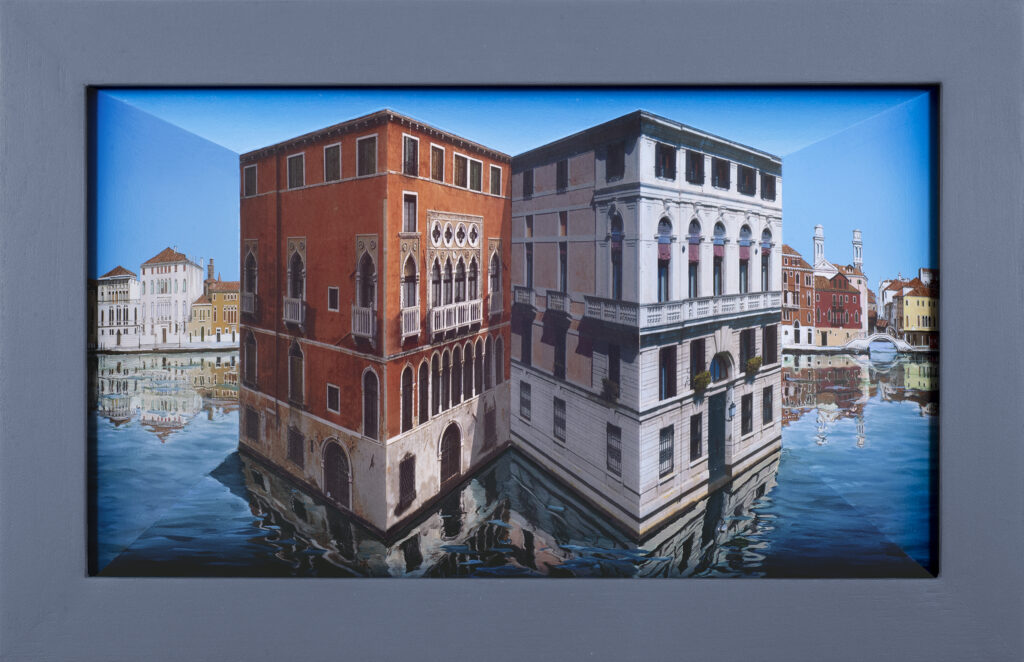 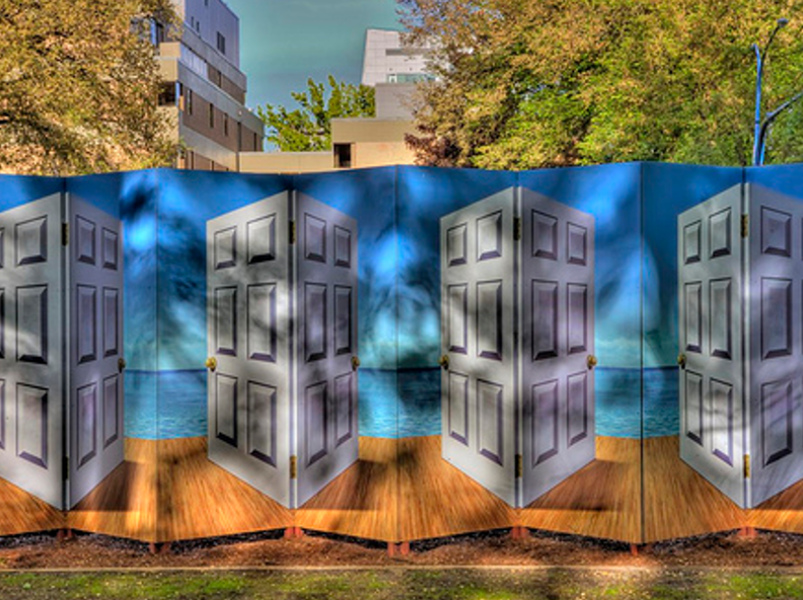 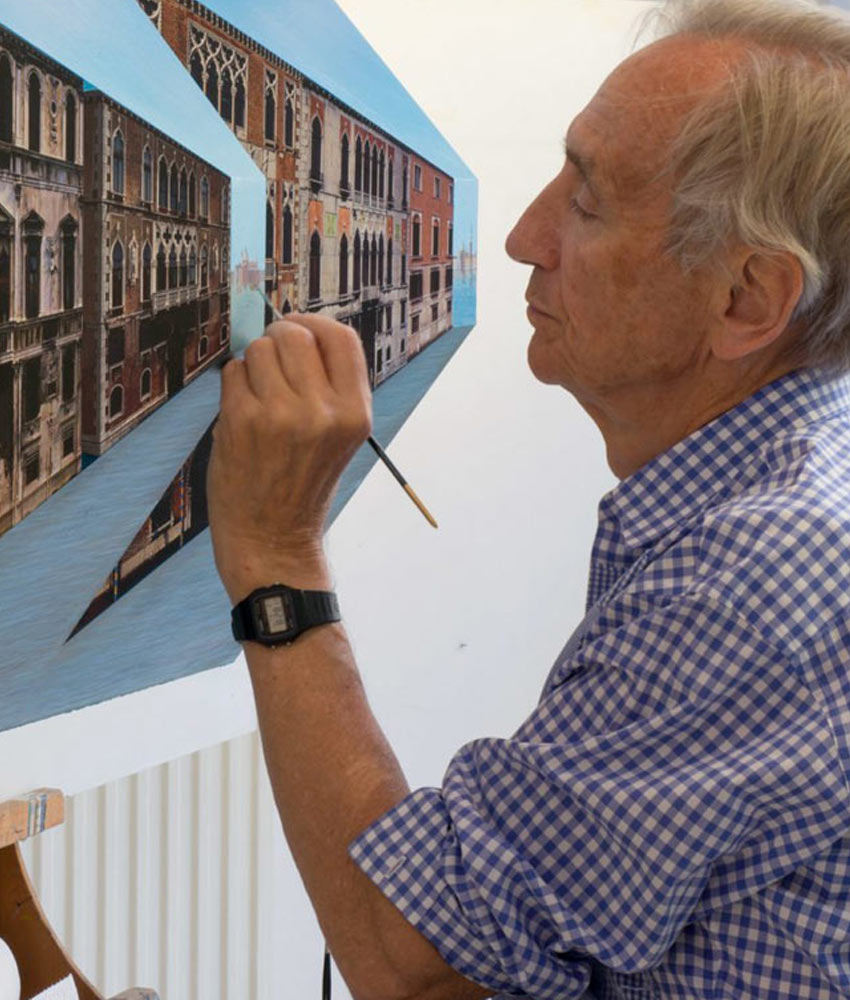 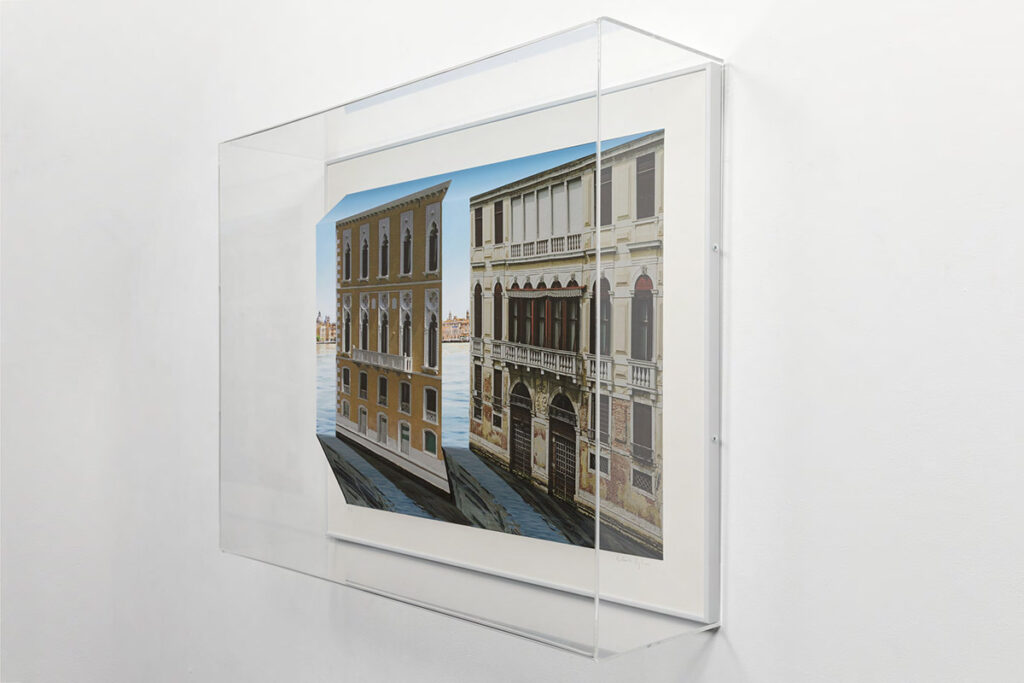