Fernando Castillo’s sculptural work arises spontaneously and as an evolution of his creative work for some brands. He trained in Marketing and after a few years he decides to become independent and work as director of art, image and communication for different fashion brands. These clients demanded the creation of their brand universe using all the tools available to them. Among these elements were the windows of his stores for whose design, they gave him total independence.

Castillo Ochotorena’s work is characterized by the attraction of the fact that a static element can mutate at the moment in which light, movement and cast a shadow are applied to it. The artist wonders about the possibilities that can arise from eliminating three-dimensionality, forcing the two-dimensional to later return to give volume at new vertices. At the same time, his work enhances abstraction and the power of change, converting those fixed vertices into articulations that make it easier for the piece to have multiple mutations, and be infinite.

In parallel, his work is abstract and its basic concept is based on the optical effect known as pareidolia: when the human eye observes an abstract figure that it cannot identify or process, the brain resorts to its catalog of figurative elements and gives it a similar one. and recognizable. In this way he remains “satisfied” with what is initially unknown to him. The most common pareidolia is the one that arises when we see a cloud, we immediately assign it a shape. For this reason, his pieces do not have a title nor do they seek to refer to anything in particular, so as not to influence the viewer. In this process he gets the viewer to connect with the work and make it “his”, only he sees this form.
In addition, he contributes to this effect by using discreet materials, which remain in the background, and almost without treatment, to allow them to age naturally and show a different face over time: wood, brass, acro
acrylic.
Castillo currently develops his work in Mexico learning different craft techniques that are still alive in the country: carpentry, wicker weaving, leather work, etc. 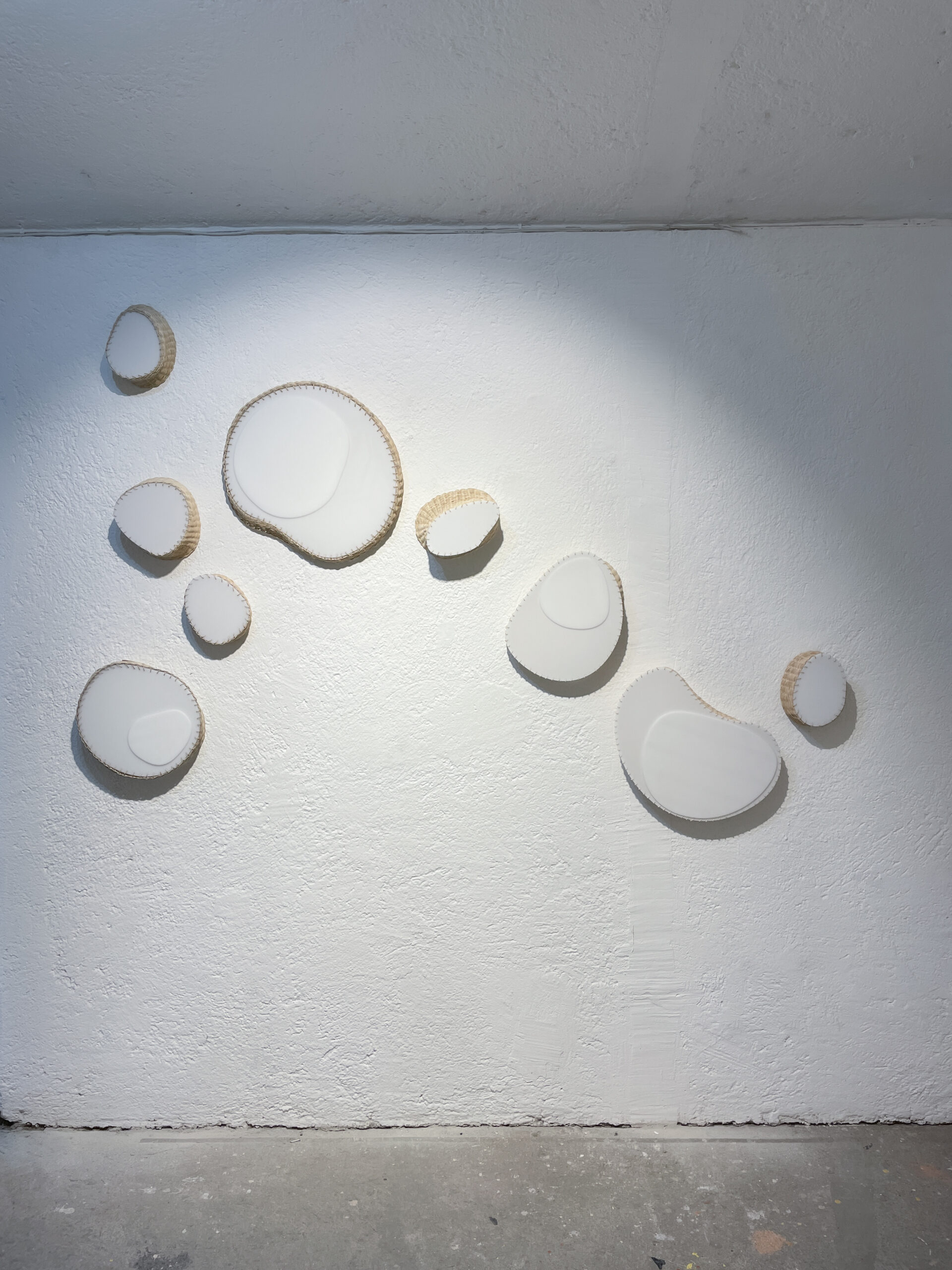 Exhibition of the Spanish artist Fernando Castillo Ochotorena as a result of the Project T residency studio in which he creates a body of work in wicker, wood, and leather.